A new EFT video by Brad Yates – I love his work! He added two more videos within the last day as well. (Separate posts for those! 🙂 )

You can learn more about Brad Yates from his website.

A great way to start your morning 🙂 Have a great day!

When I was listening to a recent A-H CD, I came across a quote that really meshed nicely with what EFT does. If you are unfamiliar with EFT (aka Tapping), you can find more information and lots of case studies at EFTUniverse.com.

“We always say, Start with easy things until you have proven to yourself the power of law of attraction and proven to yourself your ability to focus. But once you’ve got that, then we encourage you to clean up your vibration on every subject under the sun. Your vibration is right where you last left it on every subject. So let’s say when you were in high school someone mistreated you in some way and you never really got over it. You remember the hurt. You remember the wrongdoing. You remember how you felt. You remember the disadvantage you took away from it. But then you left there. Eventually, you stopped talking about that person. And while you still occasionally have people treat you in that way, it doesn’t come up that often and you don’t think about it all that often. And then, somebody says something to you that triggers that and so now, it’s active again. And as you begin pondering it, you feel that hurt all over again. That means your vibration never moved from that hurt. You haven’t been thinking about it so it hasn’t been a big player in your vibration but it’s been lying there dormant, with the potential of being activated. And now something has happened that activated it. Now, because it was there where you last left it, and you are living in the world, and you are observing things around the world, different things that you observe have the potential of activating that because it is still where you last left it. So, our encouragement, is that sooner or later you take it and you talk it downstream. You do it on purpose. It might take you two or three days, here and there, here and there, but you leave it in a whole different place. Now you’ve left it in a different place, it doesn’t have the potential of ever being activated again. In other words, you have moved yourself to a new place and now it’s not going to creep out of the bushes and club you over the head, over and over again because you have shifted the vibration of it.”

EFT (Emotional Freedom Technique) does what Abraham suggests, shifts vibrations that have a habit of creeping out of the bushes and sabotaging what we are trying to accomplish in our life. To those not familiar with EFT, it sounds like a really odd way of dealing with the buried issues that come back to haunt us over and over again but it really does work. It is amazing how issues that once caused an emotional reaction, no longer hold the charge that they used to after a couple of rounds of EFT.

Some of the issues that have benefited from EFT are Depression, Headaches, Panic/Anxiety, Asthma, Depression, Dyslexia, Carpal Tunnel, ADD-ADHD, Claustrophobia, Agoraphobia, and so many more. Just think something as easy as tapping on specific points on your body can help alleviate issues that have been plaguing you for as long as you can remember. It is SO worth having a look at it. Who knows, you may find just what you need in an alternative, drug-free, non-invasive therapy. 🙂

Way too many people go through life believing that they are less than or not worthy of things in life. Consider this your first step in getting back on track to believing that you are worth and deserving. Brad Yates is one of my favorite YouTube EFT practioners.

Have a wonderful day! 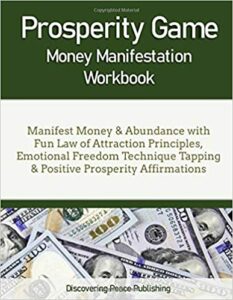