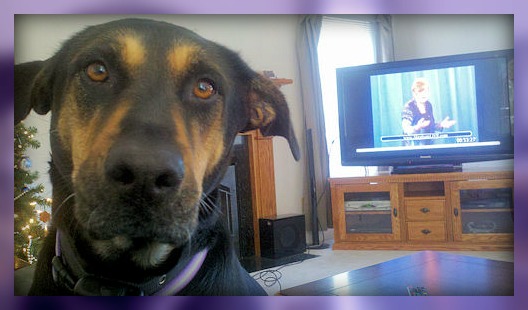 On December 10th, Esther did her first live workshop since Jerry croaked. I was so very happy to have been part of it. Esther and Abraham were magnificent, as always. Esther is a wonderful example of being able to align when extreme contrast is looming large. I was wondering, a little, if Jerry’s departure would have a negative effect on Esther’s ability to connect and share with us. My worry was so very unfounded. We were also treated to Jerry’s presence as well. There is no death 😀 Jerry may not be on this plane any longer but he is most definitely still available to us all.

I sat in the comfort of my living room watching. I am definitely the only human in my house who is interested in these teachings so I had the living room to myself. Well, almost all to my self. My fun loving, happy, “play with me” dog was ALL over me while I was sucked into the amazing workshop. She and her sister are never allowed on the couch but, while I was sucked in, she decided to hop up next to me and just bask in *my* connected-ness 😀 I am watching Esther and Sophie is watching me!

Subscribe
Login
0 Comments
Inline Feedbacks
View all comments
wpDiscuz
We use cookies to ensure that we give you the best experience on our website. If you continue to use this site we will assume that you are happy with it.Ok